The Art Of Carving Jack-O-Lantern This Halloween 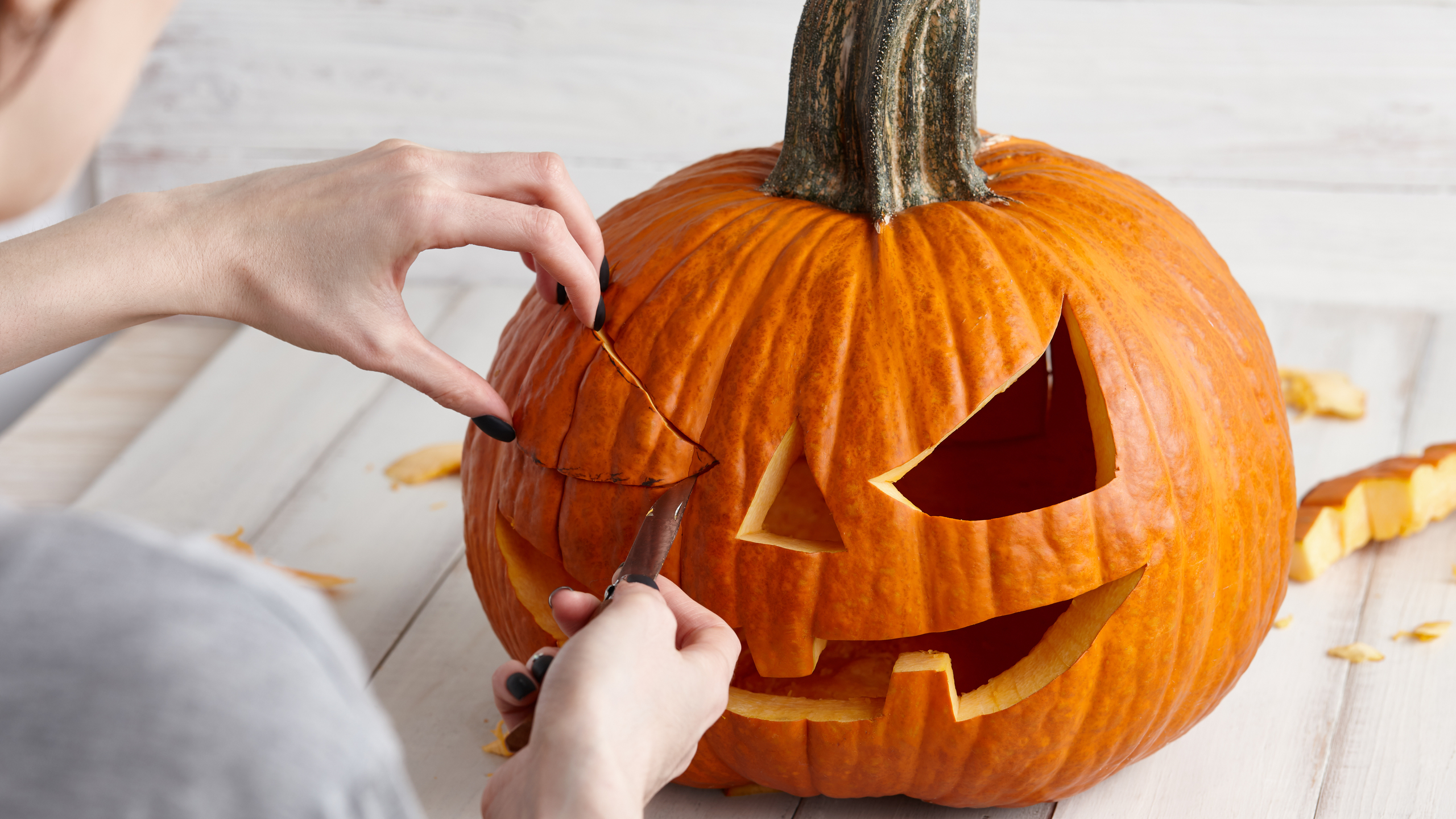 Ever since we were kids, every Halloween carried traditions that made the fall season come to life. Trick or treating was obviously at the top of the list, of course, but others were integral threads woven into the fabric of the holiday. The second most important was the carving of pumpkins. Equally necessary was the burning of roasted pumpkin seeds, but maybe we’ll get into that one when those responsible are here to defend themselves.

But where did pumpkin carving came from? It hails from the pagan era in Ireland. The Irish didn’t have pumpkins, however, so they carved turnips, potatoes, rutabagas – basically any root vegetables of size and density. The question of why still remains…

The History of the Jack-O-Lantern

In Irish folklore there was a devious, pitiable, weasel of a man named Stingy Jack. He was a well-known scoundrel, famous throughout villages and towns in Ireland for his thieving, drunken ways. When Satan heard of this man more cunning than the devil himself, well, he had to see for himself.

One night Stingy Jack stumbled across a figure on a path in the countryside. Jack quickly realized Satan had come for him and, true to form, tried to convince Satan to take him to a pub for some final pints. Not seeing any harm in it, the Devil agreed. After some hours Stingy Jack asked Satan to pay the tab, involving the Devil in a scam to trick the bartender: Satan would change himself into a coin, the tab would be paid, then Satan would turn back into himself, thus wrangling free pints for the evening. But once the Devil changed into a coin, Stingy Jack put the coin in one of his pockets containing a crucifix, thus making it impossible for the Devil to revert to his human form.

Enraged, Satan finally agreed to Jack’s terms: if Jack would take him out of the pocket, he would leave Jack alone, never taking him to Hell, for ten years. Having secured his safety for the next decade, Stingy Jack released Satan and went on his merry way.

Ten years to the day later, Stingy Jack was again walking in the countryside when he came upon the Devil waiting for him under an apple tree. Acquiescing to his fate, Jack didn’t want to go to hell on an empty stomach and convinced Satan to pick him an apple. Once Satan was in the tree, Stingy Jack scattered crucifixes and crosses all under the tree, thereby trapping Satan up in its branches. Once again Jack secured a ten-year reprieve and went laughingly on his way.

Unfortunately for Stingy Jack, he died long before those ten years were up and when he was rejected at the Pearly Gates, he journeyed to Hell looking for a place to rest. Keeping his word, Satan denied him entry but gave him an ember to light his way in the dark netherworld between good and evil. Carrying nothing put a turnip, Jack hollowed it out and put the ember inside and to this day has spent eternity roaming purgatory with his turnip lantern. Thus, he became Jack of the Lantern, or Jack O’Lantern.

The Pagans who occupied Ireland and Scotland for centuries believed that October 31st, the end of summer and the harvest season, represented the day of the year when the veil between the worlds of the living and dead was at its thinnest and on this day, the dead would cross over into the world of the living. Sometimes they would cross over as apparitions, other times as animals – black cats in particular. To keep this from happening, Pagans lit bonfires and dressed in costumes to confuse the spirits and keep them from re-entering the world of the living. This Pagan celebration was called Samhaim.

For Samhain, families would carve scary faces into turnips, potatoes, rutabagas, etc., and put a lit candle in them to ward away the spirits of the dead, much the way Stingy Jack used his lantern to make his way and keep himself safe in Purgatory. Once Christianity came to the British Isles, this holiday was folded into the Christian holiday of All Hallow’s Eve, All Saints Day, and All Souls Day.

Fast forward to Irish immigration to the United States in the 19th Century and the readily available and more easily carved pumpkin… and you have the beginning of a tradition that, by the 1880’s, had caught fire and became an integral part of Halloween festivities.

The Art of Carving - Stencils, Tutorials, and Patience

Now, of course, the pumpkin carving is way past the scary faces of its origins and has risen to an art form of its own. Every year artists create carvings that dazzle, from flying witches to Halloween monsters with intricate faces to classic art like the Mona Lisa. Nothing is off limits, and with pumpkin carving kits costing anywhere from $10 to $30, there’s no reason you can’t create art of your own.

The trick is to create a stencil, or you can buy a book of pre-made stencils. Tape the stencil to the pumpkin and use the pointiest tool you have to punch out the outline by stabbing through the paper and into the pumpkin.

When you’re done, peel off the paper and you’ll see the perfect dotted lines outlining your design. Use one of the fine saw blades in your kit and cut up and down in quick, short strokes. And take your time. Nothing worse than putting in all that work and then rushing the last stage, winding up with a disaster that looks nothing like you intended.

Whatever your design and carving craving is, you’re also bound to be able to find something to give you step-by-step directions on YouTube. Just remember to preheat the oven to 350° and get the roasting pan out, because time-honored traditions must be kept alive.

Categories
Recent Posts
5 Tips To Create A Flower Garden Like A Pro
Landscaping By Design: 7 Ways to Make the Backyard Garden of Your Dreams Happen
Curating Backyard Furniture: 5 DIY Ideas For Diamonds In The Rough
How To Dive Head First Into the Cool Waters of Pool Furniture
How To Bring The Spa Home
Tags
© 2020 coversandall.com. All Rights Reserved.